The Manchester Evening News understands United will look to sign another centre-back this summer and that Pau Torres is back on the club’s radar. That’s despite United signing Raphael Varane from Real Madrid for £34m last August. 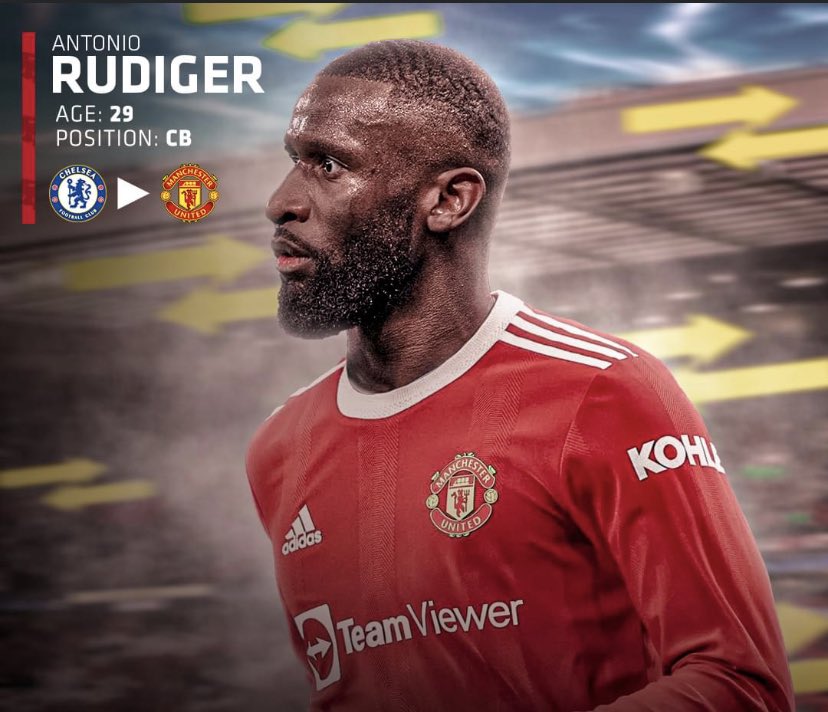 Harry Maguire has endured a nightmare season while Varane has been unavailable for 16 matches across all competitions through injury or illness this season. It’s expected Phil Jones and Eric Bailly will also be allowed to leave the club.

Rudiger has established himself as one of the world’s best centre-backs under Thomas Tuchel at Chelsea. The German was instrumental in the London club winning the Champions League last term, but he’s out of contract this season.

With Chelsea operating under financial sanctions, Rudiger’s future at Stamford Bridge is uncertain. It’s believed the player is keen to remain at Chelsea but that hasn’t stopped reports linking United, Barcelona and Real Madrid to the player.

The MEN understands United held exploratory talks with his representatives earlier in the season but sources were not confident of a deal as the player wants to play Champions League football. Rudiger’s agent, Saif Rubie, has now suggested the interest is ongoing by sharing a photo of Sir Alex Ferguson on social media, and he went on to use the caption: “Let’s see If I can help revive this sleeping giant.”

Rudiger is out of contract at the end of the campaign and his agent teasing talks could be a negotiation tactic. The Chelsea star is Rubie’s only client currently playing in one of Europe’s top five leagues. He German international central defender would be a great addition to the United team but it is highly unlikely that Chelsea would allow him to sign for a direct rival.